You are here: Home / Our Office / Dr. Greg’s Story 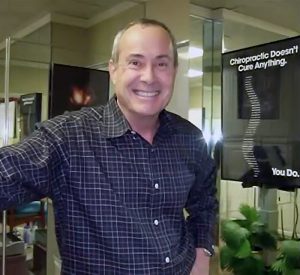 Before I was a chiropractor, I was a Marine Zoologist. One day I was moving a refrigerator from the second floor of Mote Marine Research Lab when I ruptured a lumbar disk. I was given a diagnosis of Disc Herniation. I was 10 days away from my back surgery date, when a chiropractor in Tampa, FL told me my Lumbar spinal joint was fixated and frozen, which is why moving the refrigerator caused the excruciating pain that I had. I became a chiropractic patient. I never had the surgery, and the results were spectacular. So much that I left the field of Marine Zoology and became a chiropractor myself.

Quite a story! Dr. Greg constantly strives to improve and update his knowledge in the field of chiropractic, and was one of the nation’s first chiropractors with hospital staff privileges. He helped pioneer the manipulation under anesthesia program in use across the United States. Dr. Alexander is currently in general practice and uses the Activator Methods Chiropractic Adjusting Technique and the PulStar technique.

A firm believer in the basic worth of every individual, as well as the invaluable healing power of the body, Dr. Alexander is a true doctor for the people.

Active in promoting chiropractic, Dr. Alexander is known most notably for treatment of personal injury and very difficult cases.

I’ve probably treated over a thousand cases of spinal disc degeneration during my career, and they have been a great source of satisfaction to me. Whiplash and back injuries resulting from auto accidents are unique in that all too often, patients consult us for these conditions only after they have been improperly treated or totally neglected.

Consumers’ Research Council of America, an independent research company based in Washington, D.C. that evaluates professional services throughout America, selected Dr. Alexander as one of “America’s Top Chiropractors”. The inclusion is in “Guide to America’s Top Chiropractors” 2007, 2014 & 2018 Editions. This is quite an honor, and one of many over Dr. Greg Alexander’s distinguished career. 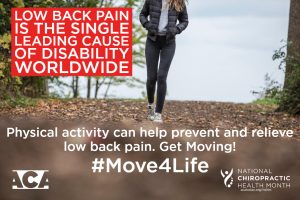 Donielle Phillips
12:42 16 Jun 21
Terribly rude and absolutely unmoved by my obvious pain. I stood through test after test and films only to be sent on my way with zero relief. Mr. Alexander said that we would talk about a plan for helping me when his next available appointment came up in 6 days!Go elsewhere for a confident professional.

T.C. Baur
05:29 03 Jun 21
I have been a patient of Dr. Alexander's since 1995. I am always blown away by how much he truly cares about his patients. He has always taken great care of me and I no longer have the debilitating migraines I would get multiple times a month. Since I receive regular care, my body knows when it is time to go in each month to see him, and I feel like a new person again after every adjustment. I trust Dr. Alexander completely, and he kept me practically pain free through my pregnancy as well. He now sees my son in addition to my husband and parents. I can't reccomend him highly enough and you are making the right choice by chosing him for your chiropractor also!

Lyn McClellan
21:05 24 Mar 21
I came to Alexander Chiropractic based on a recomendation from a person I knew after I related a severe back pain attack that suddenly happened to me. I have never really had a back pain issue and had never seen a Chiropracter in my 74 years of life.I initially went to an Emergency Care clinic and they prescribed steroids.That treated the symptom but not the cause of my back pain.Dr. Alexander treats the cause and not the symptom.He laid out a plan to address the cause and I got on board.I have been seeing Dr. Alexander for almost three months and I could not be more pleased with the results.I highly recommend Dr. Alexander to someone with back problems and the staff there is top notch.I recently recommended Dr. Alexander to a friend "A.H." and here was his reply to me after going to see Dr. Alexander: "The treatments as well as the staff are top notch! I left there with alot of "homework" and he is on top of his profession.Thanks for your referral."

Noah Reed
14:41 22 May 20
Dr. Alexander is an extremely knowledgable chiropractor who helped to alleviate my back pain and re-align my spine. Dr. Alexander also educated me about general health in order to improve my overall quality of life. I would hands down recommend him for anyone going through any type of back pain because he truly gets down to the root of the problem, rather than simply fixing the pain.

Kendra Price
23:23 30 Jan 20
I currently have been bringing my daughter to Dr. Alexander's office and I can't express the hope and excitement I have about the treatment she has been receiving. My daughter has been told she has a bad case of scoliosis but in the 3 to 4 months we have been going and receiving the activator method we have already seen incredible results in her neck alignment. It has been corrected and the pressure on a nerve in her neck is now released. Lia's headaches are few now. I can't wait to see the final results and am thankful for such a fountain of knowledge you receive at this office and for a very kind office staff! And how great to be at a place that they target the issue rather than throw on another bandaid or temporary fix! You won't regret going here!

Richard Fason
22:12 24 Jan 20
I was in a bad way before Dr. Greg Alexander started treating me. My thumb had stopped working and was very painful. I could not open a jar or use my thumb. I had to stop playing guitar. I had been having chronic back and neck pain for 20 years. My M.D., a general practitioner, had prescribed Celebrex, an NSAID, saying "it is rough to get older", just treating the symptoms without looking for the cause, presuming it was merely aging. I was only 50 years old and did not think my body should be breaking down so much. Dr. Alexander took my x-ray and did some thermal scans of my back and showed me in the x-rays where my spine was out of alignment and how only half of the joints in my spine were moving because of a car wreck from 20 years ago and how a pinched nerve in my neck was causing the thumb problem. Dr. Alexander determined the cause of my problems and then treated the cause of the problems rather than just treating the symptoms. Dr. Alexander promised he could help me and give me my young body back. Dr. Alexander did not use his hands to make adjustments to my spine. Dr. Alexander used the painless Activator Method. Dr. Alexander kept his promise, and I feel like I have my young body back. My thumb works again. I can play guitar again. I do not have the back pain anymore. Now, I can sleep more deeply and have dreams again, which I have not had in many years. My productivity at work has improved. My happiness has improved. The range of motion in my back has improved. I can turn around and look out the back window when I put the car in reverse again. My pain induced dementia is gone. I have started running at the park again. I am stronger physically than I have been in many, many years. When I workout now, I am not in pain the next day like I had been before I received Dr. Alexander's treatment. I cannot express how much Dr. Alexander has improved my quality of life, my outlook and my attitude. I still get emotional when I think of how much benefit I received from Dr. Greg Alexander and what would have happened if I had not received Dr. Greg Alexander's care and treatment when I did. Thank you Dr. Alexander! You are the best doctor that I have ever had the good fortune to have treat me. Best medical care ever!!!

Steve Nierman
18:03 31 Aug 19
I have been a patient of Dr. Alexander since February 1994. That's 25 years as of this writing. My loyalty comes from his excellent care and great staff (Annette and Carol) over these many years. I have two degenerative disks in my low back, and I am a very active person. Those two things can be a bad combination for a person if the right care and attention is not given to their spine. Through regular visits over 25 years (at least twice a month maybe more depending on whats going on) Dr. Alexander has kept me running, cycling, swimming, lifting weights, climbing mountains, backpacking, camping, and more. If you have back trouble and are looking for an alternative to conventional medicine of pills and surgery I highly recommend trying Alexander Chiropractic Center first. Below is a recent photo of me carrying a heavy backpack on my approach to the summit of Mt. Baker. Cheers to Dr. Alexander, Annette, and Carol for their part in getting me to the top of this mountain and many others!

Fran Mirenda
16:29 21 Mar 19
I had developed a clicking in my knee (intense knee swelling also) and furthermore my leg would from time to time give out due to worsening of the situation - certainly I was close to falling. I walk in the park daily w/my dogs and thought those days were over. Dr. Alexander told me he could help me and he did! After less than three weeks I was walking an hour in the park daily again and no more clicking! Wow! Also the staff are very kind and professional. I highly recommend!!!

Dwan Milam-Reed, PhD, LCSW
03:20 23 Oct 18
When I went to see Dr. Alexander, I was in incredible pain. I had been to orthopedic doctors, a neurologist, an acupuncturist, and had steroid injections, PRP injections, and physical therapy. After all this (and a lot of $ spent), I was still in a lot of pain and was not able to sleep through the night. Within two weeks of seeing Dr. Alexander, I was feeling 70% better and was able to sleep without pain killers. After 1.5 mo, I was back to my old self. My husband and my son have also seen Dr. Alexander and been really pleased.

SHEILA RIPPY
15:29 18 Jul 18
I started seeing Dr. Greg in April 2018 and by July 2018 I am back doing things I thought I would never be able to do again. Dr Greg, Annette and Carol are compassionate, they listen and offer solutions for any issue you may have. I was a little skeptical when I first went to see Dr Greg, but may I say I am amazed by the results. I am looking forward to a full recovery from my condition and I recommend Dr. Greg Alexander to anyone who has neck and back issues. GREAT team and he is a really GREAT doctor.

Cindy Hamilton
17:00 11 Jun 16
I have been treated by Dr. Greg Alexander for 5 months and my back,neck and overall joint health has improved tremendously . Not only is he skilled and knowledgeable, but he is warm and friendly. Dr. A sincerely cares about his patients. Carol and Annette his office staff make you feel welcome each visit.
See All Reviews